The Department of Archives & Digital Services collects and preserves the archives, papers, manuscripts, and records of Saint Louis University and its associated faculty, staff, and students. These materials reflect the rich educational, historical, religious, and cultural heritage of Saint Louis University and of the St. Louis area. We also collect materials of significant research value representing individuals and institutions outside the university. Collections may be browsed individually using the link to the left of this page, or searched collectively via the search box directly below.

All users of the Archives and Rare Books reading room must sign in and register before using materials. On each subsequent visit, users must sign in, but do not need to re-register. To register, a patron must present a Saint Louis University ID or other valid photo ID and complete a patron registration and user agreement. Materials may not be removed from the reading room and while in use they are the responsibility of patrons until they are returned. Patrons agree to the follow conditions of use: 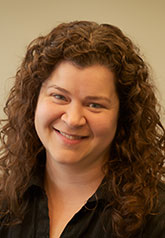